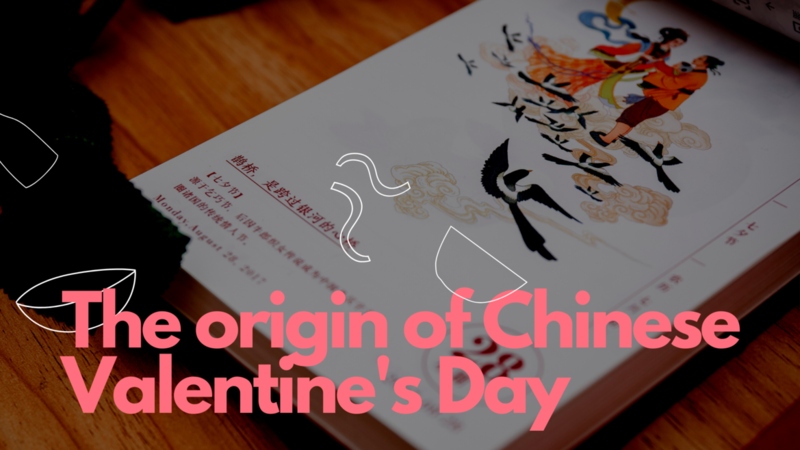 On a clear summer night, one can see a wide strip of a “river” spanning across the dark sky densely dotted with sparkling stars. That is the Milky Way or the “silver river”. Across the “river” two bright stars face each other, one called the weaving-girl and the other the Herd-boy.
As the legend goes, the herd-boy, the husband, and the weaving-girl, the wife, loved each other deeply, but were cruelly separated by the “river”. Only on the 7th day of 7th lunar month of every year could they meet each other on a bridge formed by magpies. Later, this day was marked as a traditional Chinese festival, known as the seventh night festival. Enlightened by the romantic love between the weaving-girl and the herd-boy, some people call this festival the Chinese valentine’s day.
A major activity of the festival is “qiqiao”, which means “praying for divine instruction on how to be clever and deft in needle work”. Because the weaving-girl was said to be the goddess of weaving, so naturally girls on earth prayed to her to endow them with a clever mind and nimble hands. In ancient China, adroitness in weaving was deemed one of the criteria for assessing the virtues of a woman. Only maids having these virtues were sought after by young males. Accordingly, the seventh night festival is also named the Qiqiao festival or the festival for maids.
In fact, in the traditionally agricultural society of China, this festival seemed to symbolize to a greater extent an idyllic life in which men did the tilling and the women the weaving. In other words, men and women would share the responsibilities of the family. Today, the traditional seventh festival has lost its traditional sense and been gradually turned into a day for lovers.

Posted in Sports & Events in China