Let us give you some background information what hanyu pinyin is and how it started. Hanyu Pinyin (simplified Chinese: 汉语拼音; traditional Chinese: 漢語拼音), often abbreviated to pinyin, is the official romanization system for Standard Chinese in mainland China and to some extent in Taiwan. It is often used to teach Standard Mandarin Chinese, which is normally written using Chinese characters. The system includes four diacritics denoting tones. Pinyin without tone marks is used to spell Chinese names and words in languages written with the Latin alphabet, and also in certain computer input methods to enter Chinese characters.
The pinyin system was developed in the 1950s by many linguists, including Zhou Youguang, based on earlier forms of romanizations of Chinese. It was published by the Chinese government in 1958 and revised several times. The International Organization for Standardization (ISO) adopted pinyin as an international standard in 1982, and was followed by the United Nations in 1986. The system was adopted as the official standard in Taiwan in 2009, where it is used for international events rather than for educational or computer-input purposes. But “some cities, businesses, and organizations, notably in the south of Taiwan, did not accept this, as it suggested that Taiwan is more closely tied to the PRC”, so it remains one of several rival romanization systems in use.
The word Hànyǔ (simplified Chinese: 汉语; traditional Chinese: 漢語) means ‘the spoken language of the Han people’, while Pīnyīn (拼音) literally means ‘spelled sounds’.

Why to learn Hanyu Pinyin

Hanyu Pinyin (漢語拼音), often abbreviated as Pinyin (拼音; “spelling sounds” literally), is the most widely used Mandarin romanization system: P. R. China and Singapore, and many other countries as well. The library of Congress uses Pinyin to catalog its collection in Chinese, most contemporary dictionaries use Pinyin to spell out Chinese characters, and the vast majority of Chinese textbooks published overseas use Pinyin, to name just a few. Hanyu Pinyin is a simple and efficient tool for Chinese word processing. You can download Office XP Tool: Global IME (Input Method Editor), Golbal IME 5.02 for Windows 95, 98, and NT 4.0, or a demo version of NJStar Chinese Word Processo

Just like “cultural” is pronounced differently in French and English, “can” symbolizes different sounds in Mandarin and English — the sounds represented by a certain letter are not always the same in different languages. Therefore, when learning Pinyin, instead of referring to the English pronunciation of each letter, you should try to establish a direct connection between a certain letter, or sequence of letters (like “sh”, “ang”, etc.) and the exact Mandarin sound represented. In other words, using Chinese characters as reminders of sounds represented by Pinyin letters will be much more sensible since you already know the Mandarin sounds. Complex characters are used because most people who use simplified characters know Hanyu Pinyin.
Hopefully, our video tutorials are helpful for you to learn Chinese language as beginner. 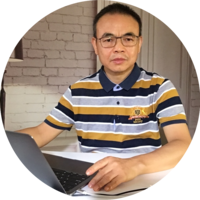 He is a professional website designer and developer, a SEO specialist. He has teaching experiences in Shanghai China, engaged in business English, ESL course, teaching Chinese as foreign language. If he is not found at computer desk, he would go to the gym, Zumba dancing training, hiking and outdoor photography. He enjoys traveling, and convenient way to reach him is to talk on WeChat (18918151538). View more at his personal profile.