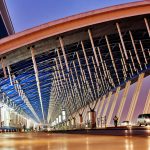 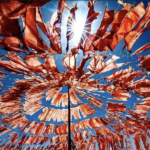 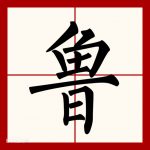 Tibetan Water Burial Ceremony is an ancient way of burying corpses. In Tibetan areas of China, water burial has a deep historical origin and is widely spread. Even today, with the rapid development of modern civilization, water burial is still popular. Based on the analysis of the origin, our modern Chinese strive to interpret the special funeral culture of water burial in an all-round way.

Why to go to the Virtual Canton Fair ? How to register as a User and set up your profile ? How to use the search menu and other features? The virtual 132th Canton Fair includes 8 Shows; Products category includes Electronics & Household Electrical Appliances. Building & Home Decor. Industrial Manufacturing 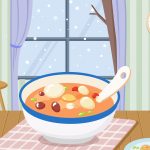 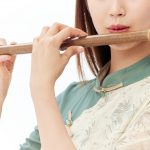 Opening ceremony duration: about 100 minutes. Actor scale: about 3000 people. Start time: 20:00 Beijing time, February 4, 2022. Venue: National Stadium “bird’s nest”. Warm up session: it lasts about 30 minutes. There is no host. The protagonist is the square dancer. The people participating in the performance are mainly from Beijing and Hebei. Main creative team of the opening ceremony of 2022 Beijing Winter Olympic Games. General director: Zhang Yimou

Solar terms originated in China, then spread to Korea, Vietnam, and Japan, countries in the East Asian cultural sphere. Although each term was named based on the seasonal changes of climate in North China Plain, peoples living in the different climates still use it with no changes.

What most Chinese people do on the double ninth festival? One of the traditional activities is mountain climbing. On such an autumn day, when the sky is high and the air is brisk, people stand on top of a mountain, feasting their eyes on the surrounding beauty of nature.

There are two spelling for “Peking Opera” , traditional Chinese 京劇 and simplified Chinese 京剧. Its literal meaning is Capital drama. Beijing opera arose in Beijing in the middle of the 19th century. It was based on the combination of Anhui opera and han opera, absorbing some merits of other local artistic forms. Peking opera is a performance art incorporating singing, reciting, acting, martial arts. The opera performances were mainly practiced in Beijing, Tianjin and Shanghai.

Two options for you to learn Chinese calligraphy. : China Travel Study and online training. You can start your research mandarin and improve your Chinese language skills besides calligraphy practice. Learning by doing.